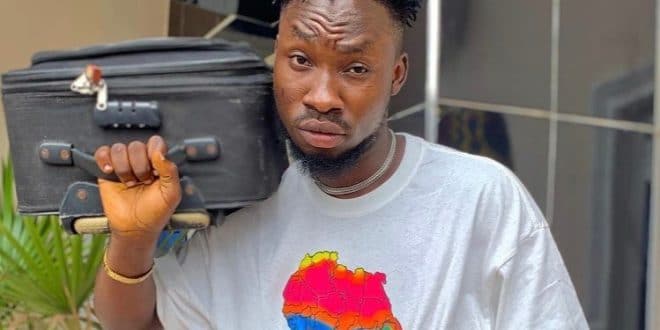 The popular Nigerian comedian Sunday Joshua, popularly known as De General has been arrested during a raid by the drug law enforcement agency.

De General has been arrested with three suspects who were in possession of 200 sachets of 225 mg Tramadol – a restricted drug used to treat pain – and 1,5 Kg of cannabis.

In the course of the operation, some persons including the suspected dealer ran away with bags suspected to contain exhibits.

The comedian has not commented about the arrest but a statement from the agency said he admitted to owning the drugs found in his house. His friends have however told local media that he was set up.