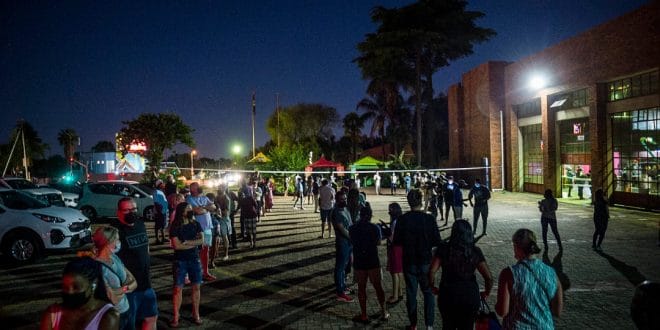 The electoral body had hoped to have counted 90% of the votes by Tuesday night but only 58% had been counted by Wednesday morning.

The state electricity distributor Eskom, had announced that it would be implementing the power cut, or load shedding, from 16:00 on Tuesday to 05:00 on Wednesday.

Its chief executive, Sy Mamabolo, is also quoted by state broadcaster SABC as saying that they were meeting Eskom officials to discuss the effect of the rolling blackouts on ballot counting.