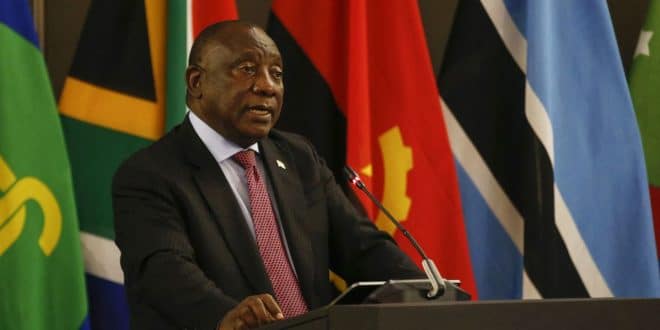 Eswatini’s King Mswati III and the South African president Cyril Ramaphosa have agreed to work together to set up a national dialogue forum to resolve the intensifying protests in Eswatini.

The agreement comes after the king met President Cyril Ramaphosa, who currently chairs the security organ of the Southern African Development Community (SADC), to discuss the political and security developments in Eswatini.

They were on the streets to call for democracy in this southern African country considered the last absolute monarchy in Africa.

Both President Ramaphosa and the Swati king have called on all stakeholders to put an end to violence and maintain peace while work is done to establish the dialogue process, the BBC reports.