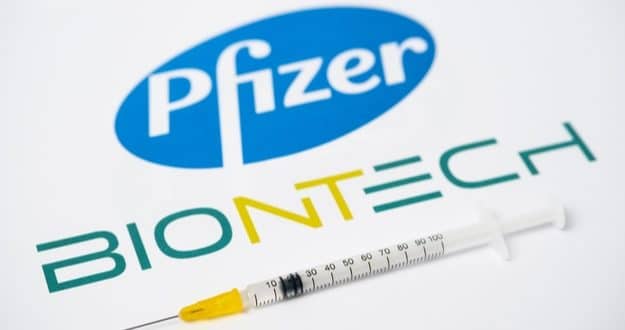 Pfizer and BioNTech laboratories say their vaccine has been shown to be effective against coronavirus variants that emerged in Britain and South Africa.

They said the virus mutations had only a small impact on the effectiveness of antibodies generated by the vaccine.

Pfizer said it would continue to monitor its “real-world effectiveness” against new strains.

Earlier this week Moderna said its vaccine was also effective against the British variant but gave less protection against the South African one.

Its developing a booster shot to tackle the mutation.