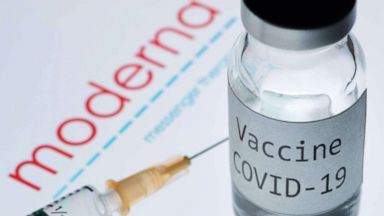 Covid-19: Moderna announces that its vaccine would protect against variants

On Monday, the American laboratory ModernaTherapeutics, claimed that its vaccine would protect against the British and South African variants.

Stephane Bancel, CEO of Moderna added that this announcement would not have been made without excessive caution and without a battery of preliminary tests having been carried out in the laboratory.

The manufacturers have tested their vaccines against the mutant variants, two of which have appeared in Britain and South Africa.

The vaccine was effective against both of these variants, but the researchers found a six-fold decrease in the levels of “neutralizing antibodies” against the South African strain.

Moderna said that while the levels are still protective, the pharmaceutical company has started to develop a targeted booster vaccine against this new strain, called variant B.1.351.

The American biotech will test whether the simple fact of giving an additional dose of the original vaccine could be useful.

For its part, the Pfizer laboratory, which manufactures a similar COVID-19 vaccine, has already reported that its vaccine also seems effective against the British strain.