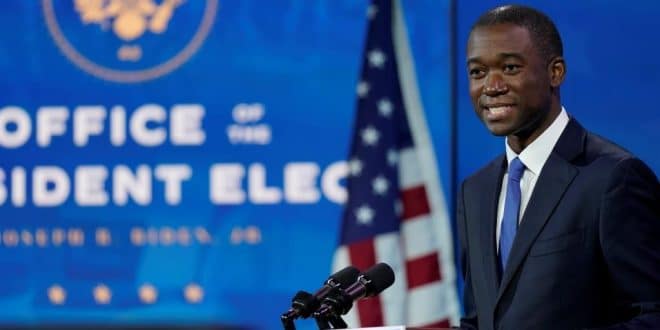 Who is Adewale Adeyemo, the new Assistant-secretary of the US Treasury?

Adewale Ademeyo becomes the Assistant-Secretary of the US Treasury. The young Nigerian benefits from the desire of Joe Biden to grant an important place to the cultural diversity.

“Wally” is the nickname given to Adewale Adeyemo. Appointed Assistant-Secretary of the US Treasury, for the first time in the US history, the young Nigerian of 39 years old is used to spotlights. He had already held important responsibilities under Barack Obama.

After the departure of Barack Obama from the White house, Wally Ademeyo is recruited by the American multinational specialized in asset management BlackRock. He was responsible for giving advice on macroeconomic policy and geopolitics to businessmen and to NGO.

In 2019, he was appointed Head of the Barack Obama Fundation before being solicited by Joe Biden.

Read more:Elon Musk becomes the richest man in the world