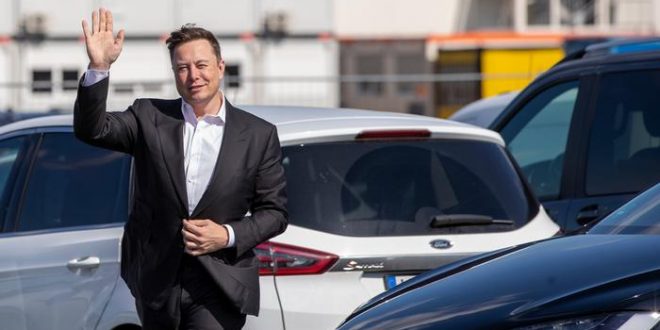 Elon Musk becomes the richest man in the world

Jeff Bezos, the boss of Amazon, has just lost his prestigious place as the richest man in the world. A new figure has taken the throne since Thursday, January 7, 2021. It is Elon Musk, aged 49, the boss of SpaceX, Tesla or StarLink. According to Bloomberg, he had a net worth of $ 188.5 billion .

In fact, Tesla’s share price has changed by 4.8% on Thursday, January 7. This is what allowed his boss to take precedence over the CEO of Amazon whose company is stagnant.

To go back to the top of the Bloomberg Billionaires Index ranking, which lists the 500 richest people in the world, Jeff Bezos needs 1.5 billion Dollars.

In other words, Elon Musk exceeds Jeff Bezos on the list of the world’s largest wealth, with 1.5 billion more than his rival.

If 2020 has been bad for Amazon, the administration of Tesla has nothing to complain about. The year before was marked by hard work for Elon Musk.

He intends to continue in this momentum according to his reaction on Twitter to the announcement of the news.

In a year marked by the economic regression of several companies, Tesla’s share soared 743% as Elon Musk’s net worth rose by more than 150 billion dollars.