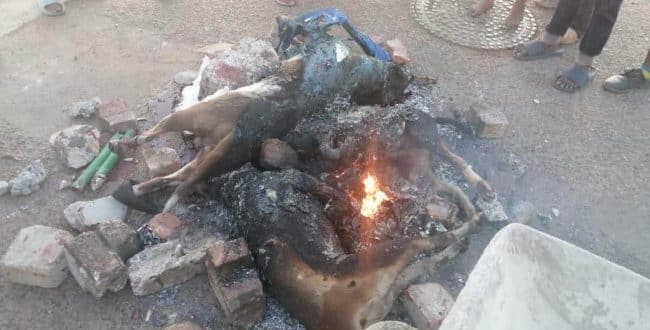 Three dogs burnt to death after attacking a young girl

Three pit bulldogs who had attacked a young girl were stoned to death and then burnt by members of a community in Cape Town, South Africa.

The incident comes amidst growing calls for a ban on the breed in South Africa.

A local animal welfare organization said the child was mutilated in a field in the Gatesville area of Cape Town.

She suffered severe injuries and had to be rushed to a nearby hospital for treatment, the SPCA said.

People attacked the dogs, stoned, stabbed them before burning them to death.

“We are tired of these people wanting to parade with their pit bulls knowing they are a danger to society. It’s not enough our children are being slaughtered by vicious criminals, and brazen gangsters,” a resident is quoted by IOL as saying.