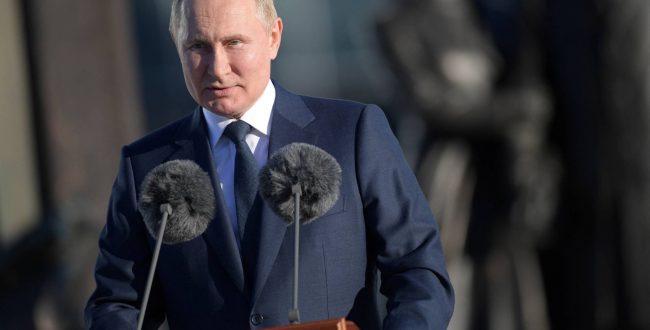 “Russia has lost nothing and will not lose anything” – President Putin

Russian President Vladimir Putin on Wednesday said it is impossible for Western countries to isolate Russia despite sanctions against Moscow which pose a “threat to the whole world”.

“No matter how much some would like to isolate Russia, it is impossible to do so,” Vladimir Putin said at an Asia-focused economic forum in Vladivostok, Russia’s Far East.

Despite a shower of Western sanctions, Vladimir Putin asserted that Russia “has lost nothing and will not lose anything”.

“There is some polarization going on, but I think it will only be beneficial,” he added.

In front of many Asian economic and political leaders, particularly Chinese, he also hailed “the growing role of the Asia-Pacific region in world affairs, in contrast to a West that he depicted as on the decline. , undermined in particular by inflation”.

Tags “Russia has lost nothing and will not lose anything” - President Putin africatopsuccess Asia-focused economic forum in Vladivostok en.africatopsuccess Russian president Vladimir Putin