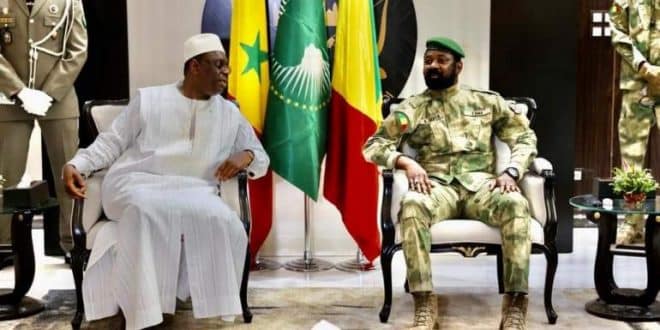 The Senegalese president, head of the African Union, Macky Sall was in Bamako, the Malian capital, to meet authorities on the case of the arrest of 49 Ivorian soldiers for more than a month now, accused of plotting a coup.

President Macky Sall discussed with his Malian counterpart about the transition and the fate of the Ivorian soldiers detained at Bamako for months.

Malian leader Colonel Assimi Goïta on Twitter said the discussions were on “the smooth running of transition and support of the Africa union and about the strengthening cooperation between Mali and Senegal.”

Accused of being “mercenaries”, the 49 Ivorian soldiers are officially charged on Friday August 12 for “criminal association against the government” and “undermining state security”.