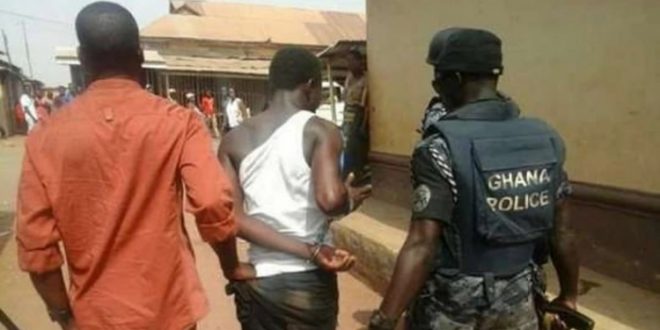 Ghana: Evangelist arrested for allegedly having sex with 15-year-old boy

According to a report on Onua FM, the victim has been continually sodomized by the evangelist for about two years.

Reports said the suspect sought permission from the parents of the victim to live with him but later turned the boy into a sex object under the guise of cleansing him from a spiritual problem.

The victim said the evangelist threatened to kill him if he informed anyone about the ordeal and later opened up to his mother after he fell ill, Pulse agency reported.

“He [ the Evangelist] would give me a direction. He said when I followed my dad to work as a little boy, a woman he was leaving me with took my glory and hid it in a pot. I told him I couldn’t do it and he said the curse wouldn’t go if I don’t, “ the 15-year-old boy said.

“He sodomized me so many times. I can’t remember the counts. I was 13 years and now 15. I feel pains in my waist and ribs. Before he sleeps with me, he tells me we are going to have a direction. He warned to kill me if I ever informed my mother,” he added.