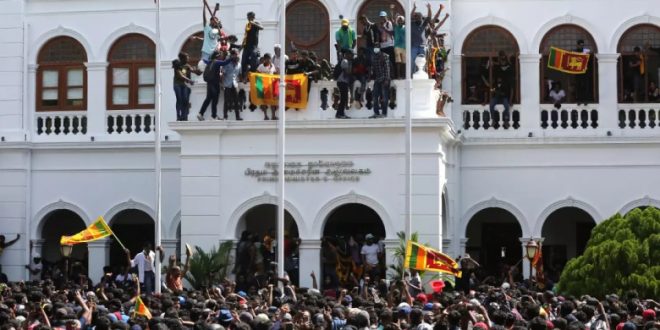 Sri Lanka: state of emergency after the President fled the country

Jonathan Carreidas 4 weeks ago Asia, In the news, Politics, Security Leave a comment

Sri Lanka, in the grip of a serious economic and political crisis, declared a state of emergency on Wednesday, hours after president Gotabaya Rajapaksa fled the country, the PM’s office announced.

“As the president left the country, an emergency has been declared to deal with the situation in the country,” the prime minister’s spokesman, Dinouk Colombage, told Agence France-Presse.

Police announced an indefinite curfew in the Western Province, that of the capital of Colombo, to contain the protests.

Thousands of people gathered outside the prime minister’s office, prompting law enforcement to fire tear gas to prevent them from invading the building.

Recall that thousands of people seized the presidential palace and the police have been ordered to suppress demonstrations that disrupt the functioning of the state.