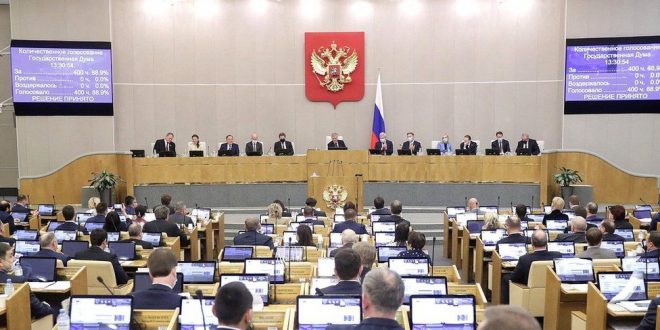 Russian MPs on Thursday passed a law allowing media in countries designated as “unfriendly” to be closed and Russian media accused of disseminating information deemed untrue about the conflict in Ukraine to be suspended.

The text gives the prosecution right to “prohibit or limit the activities in Russia” of media from foreign countries whose governments have been “unfriendly” towards Russian media, according to the website of the lower house of the Parliament.

This text is presented as a retaliatory measure, many Western countries having banned the broadcasting on their territories of Russian media, such as the news channel in several languages ​​of the Russian State RT, accused of being instruments of “disinformation ” of the Kremlin.

The text also allows the prosecution to suspend, without going through the courts, activities of any Russian media guilty of disseminating information considered to be misleading, “lacking respect for society and the State, or the Constitution” or even information “discrediting Russian armed forces”.

Recall that disseminating “false information” about actions of the Russian army is already punishable by 15 years in prison in Russia, a sanction put in place in the wake of the Russian offensive against Ukraine.