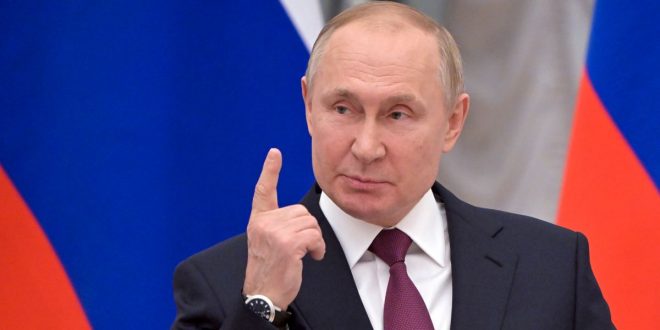 Russian President Vladimir Putin has announced the launch of a military operation against Ukraine which he says aims to “demilitarize and denazify” it.

“I made the decision for a special military operation”, he said in a surprise statement on television this Thursday, denouncing once again a “genocide” orchestrated by the Ukraine in the east of the country.

“We will strive to achieve a demilitarization and denazification of Ukraine,” said the Kremlin master sitting at a dark wooden desk, promising to bring “to court those who have committed many crimes, responsible for the ‘bloodshed of civilians, including Russian citizens’.

Vladimir Putin, on the other hand, denied any desire to take control of Ukrainian territory, addressing himself directly to the Ukrainian military.

“We do not have in our plans an occupation of Ukrainian territories, we do not intend to impose anything by force on anyone,” he assured. “I call on you to lay down your arms. You will be able to leave the battlefield unhindered.”