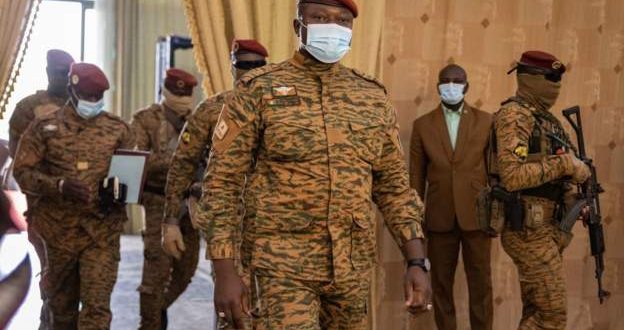 Military government in Burkina Faso announced three days of national mourning from Tuesday following the death of at least 100 civilians over the weekend in the north of the country.

The leader of the transition, Lieutenant-Colonel Paul-Henri Damiba, issued a decree on Monday evening to observe mourning throughout the country.

During the mourning period, flags will flown at half-mast on all public buildings and all Burkina Faso missions abroad.

Celebrations and recreational events are also prohibited for the period.

On Monday, the government said at least 100 civilians had been killed in the attack by “unidentified armed men” in Seytenga area.

Violence linked to Islamist insurgents killed thousands and displaced millions across Burkina Faso and neighbouring Mali and Niger since 2015.

Army officers angry about the escalating attacks overthrew former president Rock Kaboré in January and vowed to improve security, but levels of violence have remained high.