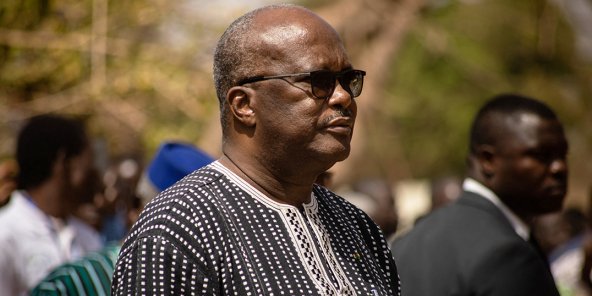 The president of Burkina Faso Roch Marc Christian Kaboré has been detained at a military camp in what can be called a coup, the Reuters reports.

According to the news agency citing two security sources and a West African diplomat, president Kaboré had been detained by mutinying soldiers.

Shots were earlier heard near the presidential residence in the capital and gunshots were fired in several barracks amid a mutiny by soldiers.

The government, however, denied suggestions of a military coup or that the president was under arrest.