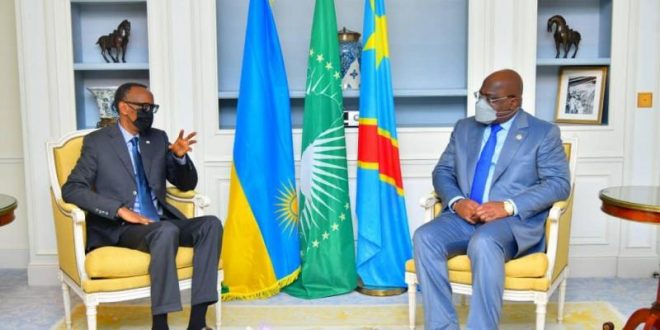 “I thank Presidents Felix Tshisekedi and Paul Kagame for our telephone talks yesterday and today [Monday] in the quest for a peaceful solution to the dispute between the DR Congo and Rwanda,” Mr Sall, who is also the Senegalese president, said on Twitter.

Earlier, Kigali claimed that two of its soldiers, Élysée Nkundabagenzi and Ntwari Gad had been captured by pro-government rebels in DR Congo.

Thousands of people have fled their homes as the Congolese army battles the rebels in North Kivu province.