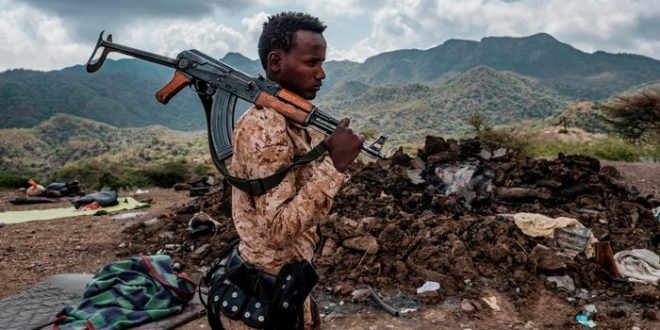 The Ethiopian human rights body has accused rebels of killing at least 750 civilians in the northern Afar and Amhara regions in the second half of last year.

More than half died in air strikes and heavy artillery fire, it said, adding that the rest died in extra-judicial killings.

It said fighters from neighbouring Tigray tortured and raped civilians.

The rights group accused the rebels of destroying more than 4,000 schools and around 2,400 health facilities.

War erupted in Tigray 16 months ago and spread to the neighbouring regions of Afar and Amhara.