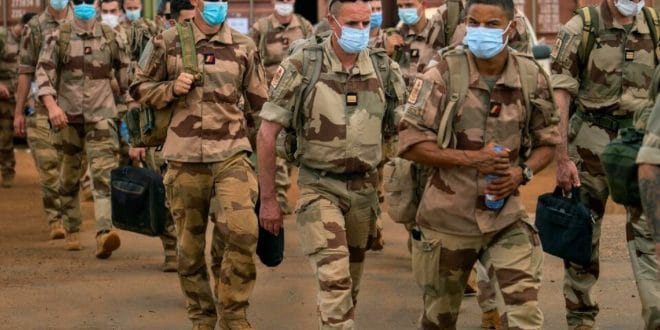 Mali: France announces the withdrawal of its troops

French authorities have officially announced the withdrawal of French troops of Operation Barkhane from Mali, where they had been fighting jihadists since 2013.

According to Élysée officials, it is downright impossible for France to continue its anti-terrorist deployment in Mali, due to the growing hostility of the military authorities in Bamako.

The press release also mentions the desire to continue to engage in the fight against terrorism in the Sahel.

But the Malian authorities were not invited to Paris.

Relations between the two countries deteriorated after Mali’s military rulers reneged on an agreement to hold elections this month and also agreed to the deployment of Russian mercenaries from the Wagner Group.