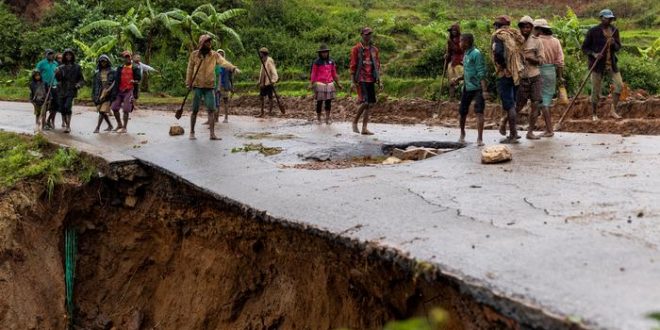 At least 20 people have been killed and several others displaced by Cyclone Batsirai in Madagascar, the head of the United Nations food aid agency in the country said on Monday.

Cyclone Batsirai slammed into the Indian Ocean island late on Saturday, knocking down houses and electricity lines along the southeastern coastline until it moved away late on Sunday, leaving some towns and villages partially or totally destroyed, Reuters agency reports.

“The impact was severe and harsh and we are still counting casualties,” said Pasqualina Di Sirio, country director for the World Food Programme (WFP) in Madagascar.

Cyclone Batsirai struck a different part of the island, further south, where the population is facing a precarious situation in terms of food supplies because of a severe drought.

“Several crops that were close to being harvested are also destroyed,” she added.