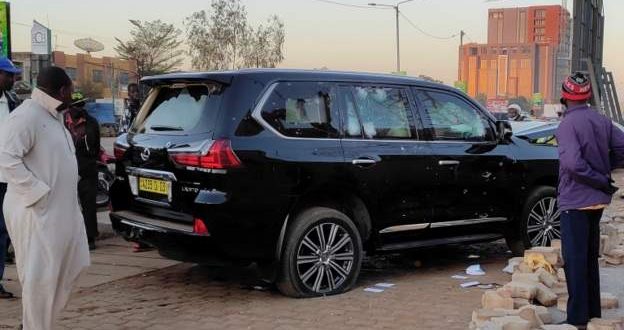 Cars belonging to the presidency Burkina Faso have been found riddled with bullet holes near the home of President Roch Marc Christian Kaboré in the capital Ouagadougou.

Mr. Kaboré was detained by mutinous soldiers who also reportedly took control of state television in the capital, Ouagadougou.

Some troops in the country have demanded the sacking of military chiefs and more resources to fight Islamist militants.

Kabore has faced waves of street protests in recent months as frustration has mounted over the frequent killing of civilians and soldiers by militants, some of whom have links to Islamic State and al Qaeda.