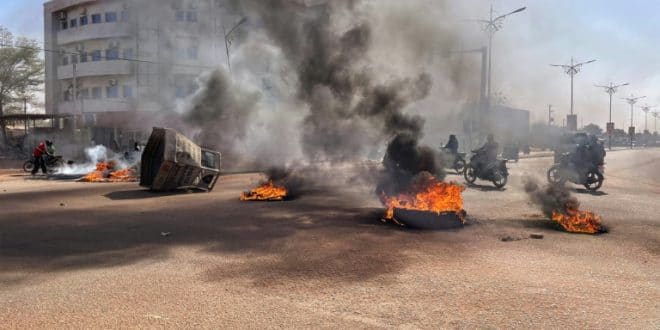 Security forces in Burkina Faso have taken control of state television in the capital Ouagadougou as part of the coup that is believed to be underway, according to several sources.

Reports say the military surrounded state television and there was no live programming on Monday morning, although it remained on the air.

President Roch Marc Christian Kaboré has been detained at a military camp in what can be called a coup.

Shots were earlier heard near the presidential residence in the capital and gunshots were fired in several barracks amid a mutiny by soldiers.