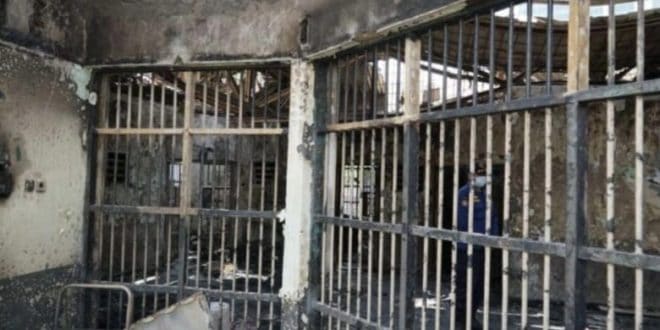 At least two prisonners were shot dead and two others are being treated after an attempted jailbreak in Kosere prison in Nigeria’ s south-western Osun State, local media reported.

A spokesperson for the prisons, now known as Nigeria correctional centre, told the BBC that some inmates had injured a warder and were about to force their way out of the facility when security men stopped them.

He said the four inmates were shot and the others who wanted to escape ran back.

The incident happened on Tuesday.

The prison warder who was injured is receiving treatment and is in a stable condition.

In the last two years, Nigeria has witnessed more than a dozen jail breaks with hundreds of inmates escaping.

Several security guards were also killed in some of the incidents.