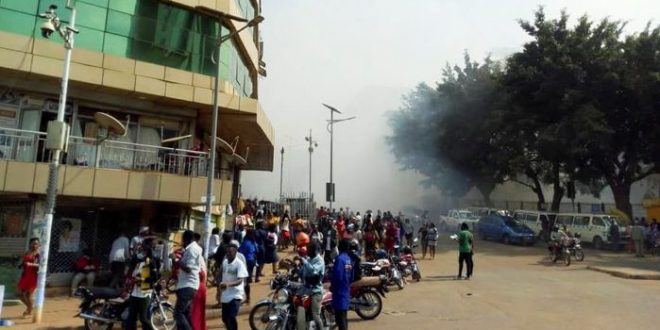 Twin explosions ripped through locations in the center of Uganda’s capital during morning rush hour on Tuesday in a suspected terrorist attack targeting a police facility and a building complex housing commercial offices, local media are reporting.

The Daily Monitor newspaper has shared a video of cars burning outside an insurance building after the blast:

The deputy speaker of Parliament, Ms Anita Among has suspended Parliament and asked the legislators to remain at home. The decision comes minutes after suspected bomb explosions ripped through the city at two different locations on Tuesday morning.

It is unclear how many people have been hurt.