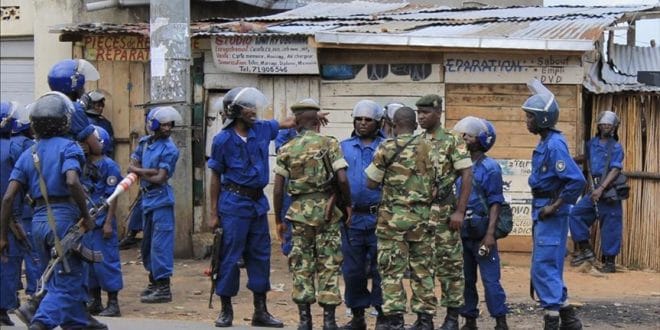 At least two Burundian soldiers, including a lieutenant-colonel, were killed in the locality of Busangana, commune of Bukeye (50 km from Bujumbura to the north-west), the Anadolu agency reports.

“It is about Lieutenant-Colonel Jean Marie Nkurunziza and one of his bodyguards, killed during an exchange of fire between soldiers of the 110th brigade and armed men”, reported the independent newspaper SOS / Media Burundi.

The Burundian army has yet to comment on the incident.

According to witnesses from Busangana hill, Burundian soldiers exchanged fire with unidentified armed men during the night from Sunday to Monday near the Kibira.

The death of the lieutenant colonel and his bodyguard has been confirmed by human rights activists, including Pacifique Nininahazwe, president of the NGO Forum for Conscience and Development, Focode.