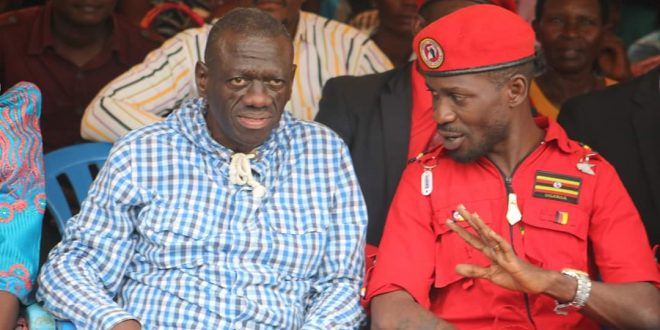 “I called Kyagulanyi and he said he regrets the on-going attacks on this front. Some people have been asking me why he has not done that publicly and I don’t know why but I leave that to him,” Dr Besigye told journalists at their first address to the media.

The formation of Dr Besigye’s new pressure group which is composed of six political parties has birthed a verbal war with supporters of Bobi Wine’s NUP who indicate that PFT is out to fight against the leaders of opposition in Parliament, Dailymonitor reports.

At the peak of the ‘war’ on social media last week, Mr Patrick Oboi Amuriat, the Forum for Democratic Change (FDC) party president, who is also one of the principals of PFT, tweeted indicating that they had no obligation to ask for permission from the leading opposition in Parliament before they form political groups.