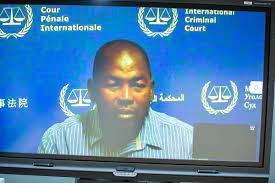 A suspected commander of the Central African Republic’s Séléka rebels has appeared at the International Criminal Court, for a hearing on whether to confirm charges of war crimes and crimes against humanity against him.

The mainly-Muslim Séléka rebels topped President Bozizé in a coup in 2013, and took charge of the Christian majority country, plunging it into turmoil.

According to the prosecution, many suspected Bozizé loyalists were shot in the back while running away, women and girls were raped in front of their children and parents.

The detainees were kept in grotesque conditions, deprived of water forced to drink their own urine, tortured in an effort to extract intelligence.

Mahamat Said Abdel Kani, who is alleged to have been commander of one of the units responsible, was arrested and transferred to the Hague earlier this year.

Tuesday’s hearing at the ICC is designed to help the judges decide if there is enough evidence to go to trial.