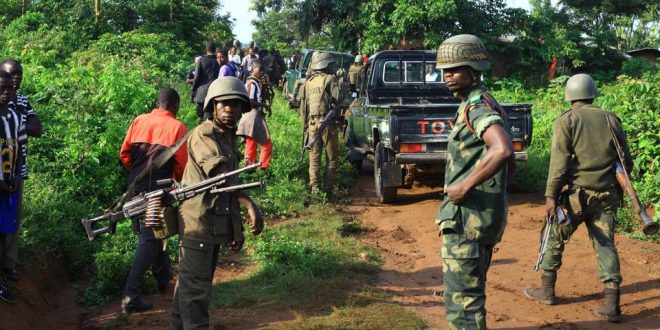 DR Congo: four people killed in an attack in the east of the country

At least four people were killed on Wednesday in an attack on National Road 4, which links North Kivu to Ituri, two provinces under siege in the Democratic Republic of Congo.

The attack attributed to suspected ADF rebels targeted a convoy secured by the army and MONUSCO. In this incident, around ten vehicles were set on fire and several dozen people are missing.

The blitz took place at 10 am in the city of Ofay, and again this Thursday morning, patrols were stepped up in the area.

Following the resurgence of violence on this section, the army and MONUSCO have been organizing secure convoys of civilian vehicles since August 7.

“These escorts are an immediate measure to deter attacks against innocent civilians, ensure a reliable supply of the population and allow residents to work”, explains MONUSCO.