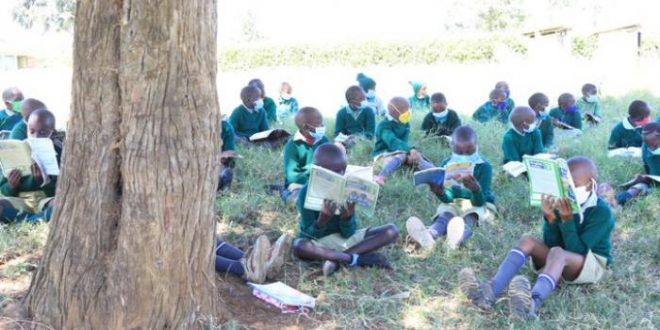 Kenya police are investigating a case in which three students were tied to a tree as punishment for absenteeism. Two senior teachers were questioned at Thiru Primary School in Laikipia County, central Kenya, about the incident.

The incident sparked anger among Kenyans.

Local television station NTV says the learners are aged between seven and 11 years:

Moses Muroki, a government official in the county, told journalists that the incident happened on 20 August.

He said the pupils were being punished for “truancy and delinquency”.

The county’s head of children services, Ezekiel Mwanza, said they apologised to the children, saying it was “unfortunate that our children could be subjected to such inhumane treatment”.