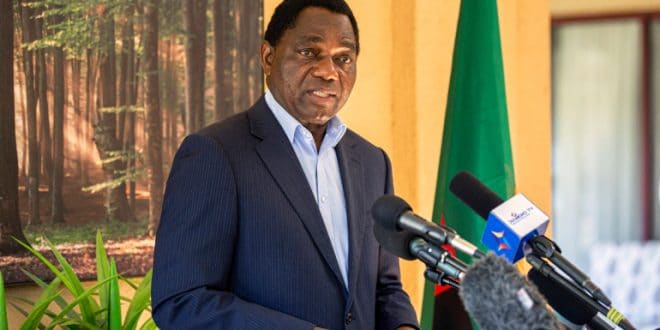 “No Zambian should go to bed hungry”, Hakainde Hichilema

The new Zambian president Hakainde Hichilema in his inauguration speech, promised Zambians that change had arrived. He said the country’s economy would be revived.

In his speech, he said It was not just a question of fixing the economy but growing it too, and he called for the private sector to play a role.

He also said it was important to seek and make investments locally and regionally before looking to Europe and beyond.

He promised Zambians three decent meals a day: “no Zambian should go to bed hungry.”

His administration would look at reforms to the mining, energy, land and tourism sectors, he said.

Read also: Togolese health minister elected president of the 71st session of the WHO regional committee

Hakainde Hichilema, 59-year-old also thanked his predecessor Edgar Lungu for his service and for the smooth transition to his administration.