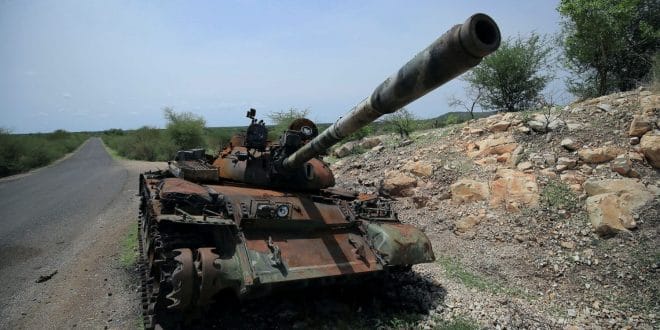 The Tigray People’s Liberation Front (TPLF) has not made a statement on the pact but a spokesperson for the group confirmed the agreement to the Bloomberg news agency.

The government designated both groups as terror organisations in May.

An alliance between the OLA and Tigrayan forces could put further pressure on Prime Minister Abiy Ahmed.

Most of the internal conflicts in Ethiopia have been isolated and based on local grievances – by forming an alliance the OLA and Tigrayan forces appear to be attempting to change that.

Recently, the federal government has suffered a series of defeats in northern Ethiopia losing territory to Tigrayan fighters.

The federal government has suspended a unilateral ceasefire and called on the federal army and its allies to end the destruction caused by the TPLF once and for all.