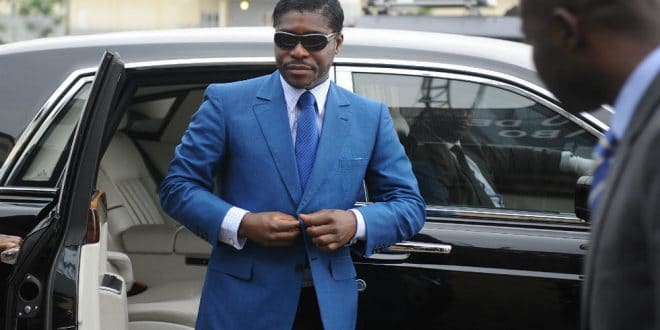 France to rule on properties of Equatorial Guinea’s VP

The french top appeals court is due to rule on a conviction handed to Teodorin Obiang Mangue, the son of Equatorial Guinea’s president for using public money to fund his lavish lifestyle.

Mr Teodorin Obiang who is the vice-president of Equatorial Guinea will see his assets redistributed to people living in his home country if the decision of the court goes against him.

Mr Obiang was first convicted in France in 2017.

Last week, Britain imposed sanctions on him for corruption.

Authorities in Equatorial Guinea said the measures were “based on lies” and warned they would close the country’s embassy in London.

Let’s remind that Teodoro Obiang Nguema is the father of Teodorin Mangue and leads the country since 40 years.