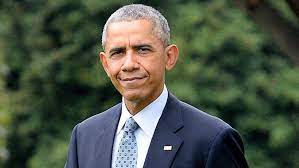 Jonathan Carreidas 28 July 2021 Africa, In the news Leave a comment

Former US President Barack Obama has joined NBA Africa as a minority owner and “strategic partner”. NBA Africa has in fact backed a new pan-African basketball league, which held its inaugural season in May with 12 teams from 12 African countries.

It is now in this area that Mr. Obama will be involved while helping to advance the social responsibility programs of the NBA.

“In this capacity, President Obama will have a minority equity stake in the new venture, which over time he intends to use to fund Obama Foundation youth and leadership programs across Africa,” the NBA said.

On Twitter, NBA Africa posted a video of President Obama explaining his partnership:

Barack Obama said Basketball “has always been more than a game” for him.