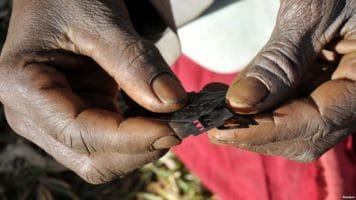 The High Court in Kenya has dismissed an application to decriminalise female genital mutilation (FGM) for adult women.

Judges ruled that the practice violated the right to health, dignity and in some instances the right to life.

“[The] court holds that one cannot choose harm on themselves,” the ruling said.

FGM is the deliberate cutting or removal of a female’s external genitalia and often involves the removal or cutting of the labia and clitoris.

The case was in response to a 2017 petition by a doctor who argued that banning the practice was unconstitutional as women had the right to choose what to do with their bodies.

Dr Tatu Kamau said women should be able to undergo the traditional practice in hospital, without fearing arrest.

Campaigners had feared the case would set back their attempts to eradicate the procedure.