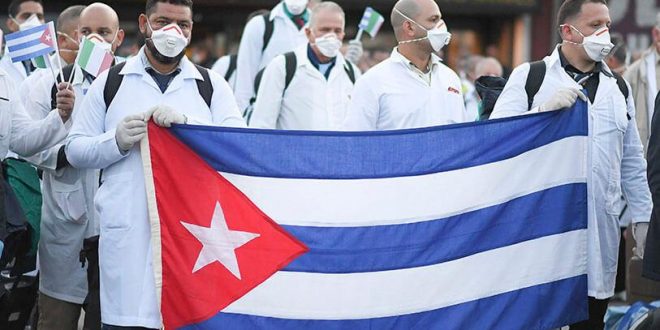 In order to help Mozambique respond to the Covid-19 pandemic, a group of 39 Cuban intensive care health experts have been received in the country.

On Tuesday, the doctors and nurses joined another group of 14 healthcare workers who had arrived in the country in January.

In another development, Cuban Ambassador to Mozambique Pavel Hernandez revealed that Mozambique would be considered among the beneficiaries of five Covid-19 vaccines, two of which are in the final testing phase, which his country is developing. .