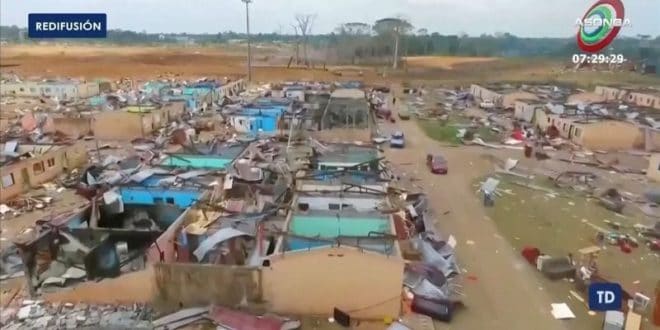 Ten days after a series of explosions left more than 100 people dead in Equatorial Guinea, hospitals are still overwhelmed by the number of people injured.

Aid agencies offering help to the country say some of the affected by the blast have not been able to seek treatment earlier as they did not have a health cover.

According to Israeli Defence Forces who are offering medical aid in Bata, even though the search and operations activities have been called off, a lot of bodies lay unclaimed in the morgues, BBC News reports.

Col Noam Fink, the chief medic of the mission, says some patients are still traumatised after the attack. Many are also trying to overcome their injuries at home.

The government has now made access to healthcare free of charge to allow those with no financial means to come forward and receive care.

This is the cause of the spike in cases in hospitals

Many people are currently being housed in a temporary shelter organised by the UN, after the explosions left more than 1,000 people homeless.

President Obiang Mbasogo has blamed the explosions on the recklessness of farmers who lit fires near the military barracks where an armoury caught fire.