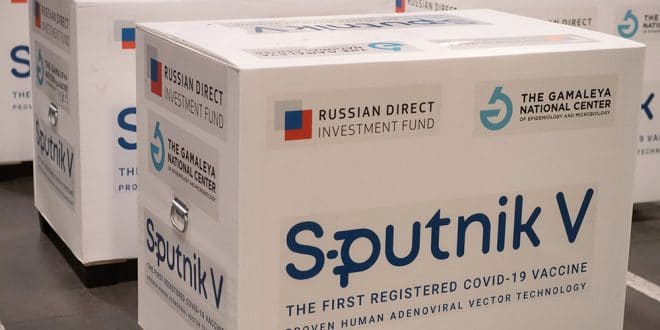 Russia has production agreements for Sputnik V in Europe

The Russian Direct Investment Fund (RDIF) announced Monday that agreements to produce the anti-Covid Sputnik V vaccine have been reached “with companies from Italy, Spain, France and Germany”, pending its approval in the EU.

The head of the Russian Direct Investment Fund (RDIF), which financed the development of the Sputnik V vaccine, did not give the names of the European groups with which agreements have been reached.

Sputnik V is not yet authorized in the European Union, but has taken a step forward with the start of its review by the Amsterdam-based MEA. After this announcement, the Russian authorities said they were ready to provide vaccines to 50 million Europeans from June.

The development of the vaccine had been entrusted to state institutions, and is celebrated in Moscow as a historic success for Russia under Vladimir Putin. The choice of the name is also highly symbolic. A tribute to the first satellite to have been put into orbit in 1957 by the USSR, it recalls a scientific feat and a historic setback for the American rival.

Russia also regularly accuses the West of campaigning against Sputnik V, insinuating that Moscow was orchestrating vaccine diplomacy intended to sow discord in Europe. The EU is facing difficulties in the supply of anti-Covid vaccines developed by Western pharmaceutical groups.