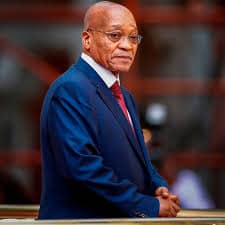 South Africa’s constitutional court has ruled that the former president Jacob Zuma must appear before a judicial panel investigating alleged corruption during his time in office.

The court determined that he did not have the right to remain silent before the commission.

Mr Zuma is accused of looting state assets during his presidency. He denies all the allegations.

The findings of the judicial panel will not lead directly to indictments but can be passed on to prosecutors.