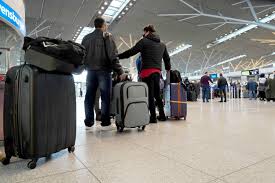 Ibrahim AMEDAHEVI 29 January 2021 Coronavirus, In the news Leave a comment

The German government accepted to ban all travel from high-risk countries, including South Africa, the United Kingdom, Portugal and Brazil.

The restrictions are due to be signed on Friday and could come into force as early as Saturday, according to Spiegel magazine.

Germany’s Interior Minister Horst Seehofer announced this ahead of a meeting with European Union ministers on Thursday, in an effort to curb new virus mutations entering the country.

The ban will include all air, train and road travel, but German nationals who are returning home could be excluded.