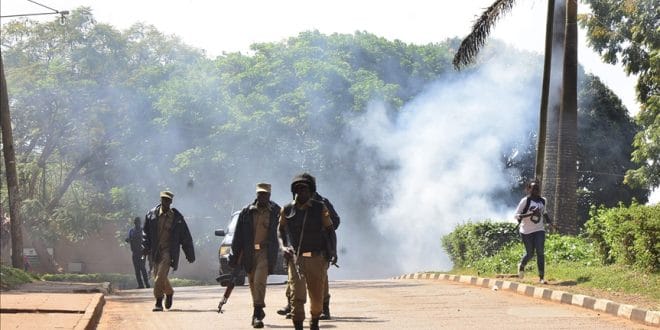 According to the Ugandan police, three suspected rebels who were allegedly plotting subversive activities were arrested. They were arrested in the distrisct of Luwero about 40 kilometers (24.8 miles) from Kampala.

The suspects, two women and a man, according to police, were allegedly planning subversive activities after the election, which opposition leader Bobi Wine disputed.

Abraham Tukundane, the Luwero district police commander, said: “We have arrested three people preparing to start rebel activities. They also had placards reading ‘Museveni must go’.” He said they possessed hundreds of machetes, bows and arrows.

Tukundane added: “It is a big group and police are looking for other suspects.”

Meanwhile, the National Unity Platform (NUP) has categorically denied allegations that it is involved in such an activity. Musa Nduga, NUP spokesman in Luwero district, told Anadolu Agency: “NUP does not support rebel activities. We believe in democratic means of getting into power. We condemn anyone trying to create chaos.”