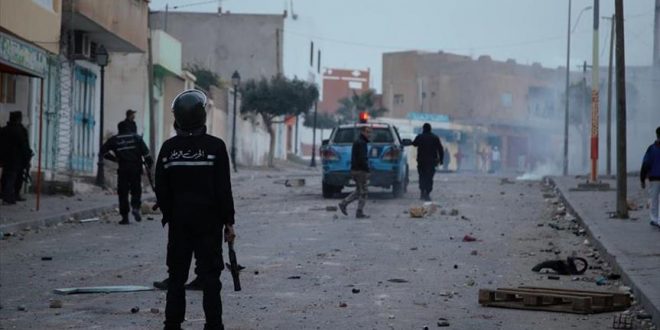 In the Tunisian capital, Tunis, and several other cities across the country, there have been more clashes between protesters and police. In Ettadhamen, a neighbourhood close to the capital Tunis, the youth hurled rocks at riot police, who responded with teargas

Sunday was the third night of tension which officials have described as riots. Pictures and videos on social media show roadblocks with burning tyres and the police chasing young people down alleyways.

The protesters weren’t making any clear demands. But there’s widespread dissatisfaction in Tunisia, which is enduring severe economic problems. Despite the revolution a decade ago, many Tunisians are increasingly angered by poor public services and the political class, with high consumer prices, and a third of young people are unemployed.

The country’s revolution 10 years ago ushered in democracy, but hopes that this would bring more jobs and opportunities have been disappointed.

Related article: Commemoration of the 10 years of Tunisian revolution