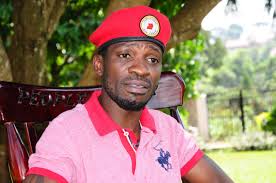 Uganda: Bobi Wine blocked in his house since Thursday

Bobi Wine is passing a trouble period. Uhe Ugandan’s opposition leader called the International Community to demand the lifting of his house arrest. This, in the aftermath of the announcement of Yoweri Museveni’s victory in the presidential election.

Robert kyagulanyi a.k.a Bobi wine doesn’t deplete. Second of the presidential election with 34,8% of the vote, the popstar denounced frauds. It was a real ” complete masquerade”.

Since Thursday, Bobi did not leave his house of Kampala. He said he is besieged by soldiers and police encircled his house, preventing anyone from entering or going out.

Read more: Life is returning to normal in Bangui according to UN

“We are here, we have no more food and nobody is allowed to enter or go out”, has he declared, according to Beninwebtv during an exchange with journalists on Zoom on a ‘clandestine’ line while uganda remains under an internet black out.

The 38 years opponent, indicates that he holds videos of urn jams, of militaries forcing the choices of voters or those of pre-voted ballots.