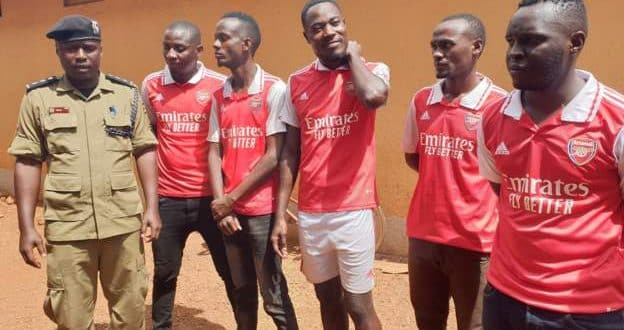 Arsenal fans who were arrested in the Ugandan city of Jinja after celebrating the club’s win against Manchester United in the English Premier League have been released, local media reported.

The arrests come after Arsenal fans were jubilant in a convoy of around five vehicles as they attempted to reach Iganga Road from Main Street following Arsenal’s 3-2 victory over Manchester United.

Police said they didn’t have a permit to hold the procession which is a public order offence.

But on Tuesday a joint security team agreed to free them with a caution, said James Mubi, the regional police spokesman.

One of the fans told journalists that they would “seek for permission [to celebrate] if Arsenal wins the premier league”.

“We shall have the celebrations in Bugembe stadium,” the self-proclaimed ambassador of Arsenal in Uganda added.