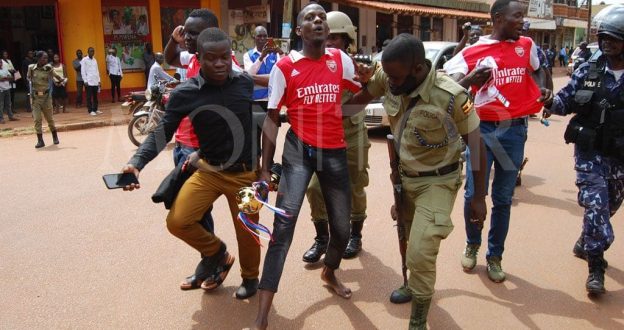 Police in Ugandan city of Jinja have detained at least 20 supporters of English Premier League football side, Arsenal, over a trophy parade on the city’s streets following the club’s 3-2 defeat inflicted on rivals, Manchester United on Sunday, Dailymonitor reported.

The arrests come after Arsenal fans were jubilant in a convoy of around five vehicles as they attempted to reach Iganga Road from Main Street following Arsenal’s 3-2 victory over Manchester United.

“I don’t know what we have done but we were simply celebrating our victory over rivals Manchester United,” said one of the arrested.

“We are 20 supporters in total, all from Jinja City,” he said.