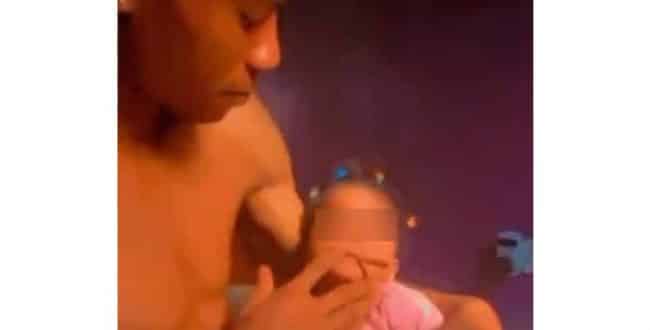 The Nigeria Police Force have arrested a man for sharing a substance, suspected to be marijuana, with an infant in a viral video posted on Twitter.

The suspect is seen smoking what looks like a wrap of marijuana and then forcing it into the mouth of the baby girl he’s carrying.

Outraged by the video, Nigerians took to Twitter to tag the Nigeria Police Force, National Drug Law Enforcement Agency and other security agencies, calling for the arrest of the man in the video.

Reacting to the development, the  Police Force Spokesperson, Olumuyiwa Adejobi, said the force would arrest the said man and urged Nigerians with information about him to speak up.

Adejobi also lamented the level of social decadence in the country, urging mothers to be vigilant and careful with who they leave their children with.