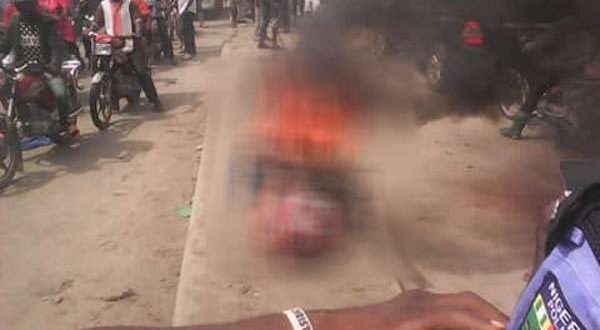 Nigeria: a petrol seller burned his friend to death

A roadside petrol seller has allegedly burned his friend and left him to die after a disagreement over a phone charger, Nigeria, according to reports.

“I don’t know the guy before, he ran into my shop and said he was looking for someone who collected his charger, I told him that such a person was not in my shop. Out of anger, he took a bottle and started fighting me and I fought back,” the suspect narrated.

“I used the petrol I’m selling and poured it on him, honestly I didn’t know what I was doing until he started burning and people gathered, we were trying to put out the fire but it was already late because when they took him to hospital, he died there,” he added.

The death of the victim was confirmed by the police.

The suspect was arrested by the Akwa Ibom Police Command.