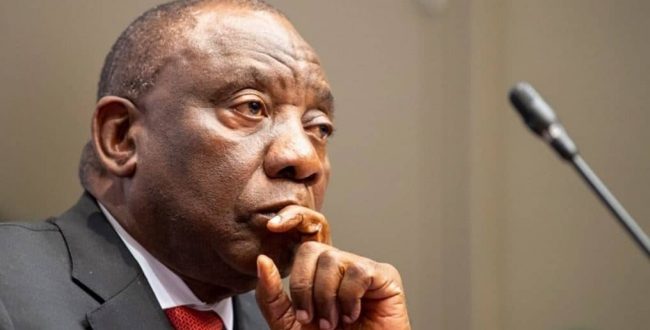 The president has been accused of covering up a $4m theft from his farm in 2020, including kidnapping and bribing the burglars into silence.

A three-volume report from an independent panel has found that Mr Ramaphosa abused his position and may have broken an anti-corruption law.

He has denied wrongdoing, and said the money was from selling buffalo.

Mr Ramaphosa is less than a month away from a conference which will decide if he can run for a second term with his party, the African National Congress (ANC), in 2024. The incident could be particularly damaging as Mr Ramaphosa ran for office on an anti-corruption ticket.

The ANC will hold a meeting with its executive on Thursday, where it is expected that the issue will be discussed, BBC News reported.