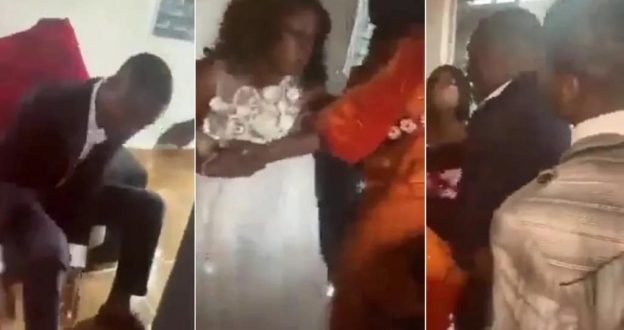 A groom called off his wedding at the last minute, in Nigeria, after discovering that his wife was the mother of two children.

The man said he trusted his lover so much but felt betrayed that she hid not one, but two children from him.

In a trendy video, he is seen lamenting to the bride and other guests who beg him to reverse his decision.

“There’s nothing you can say to me. You can’t convince me, we’re going to end this here,” he quipped as he took off his shoes and walked away.

The bride burst into uncontrollable tears when the groom revealed that he was going to visit her family to collect her dowry.