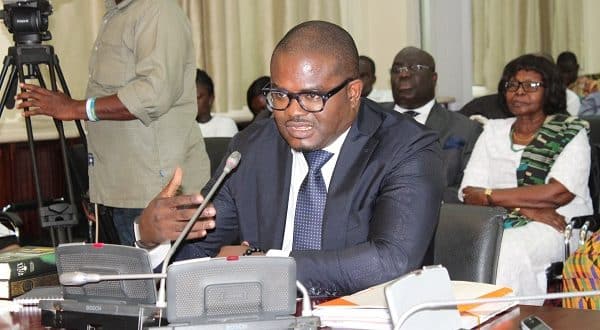 Ghanaian President Nana Akufo-Addo dismissed Charles Adu Boahen, the minister of state for finance, the presidency said on Monday after allegations of impropriety were circulated by a well-known Ghanaian investigative journalist.

The president fired Adu Boahen after being made aware of allegations levelled against him in an expose, the presidency statement said.

Akufo-Addo had also referred the matter to the Special Prosecutor for further investigations.

Finance Minister Ken Ofori-Atta is also facing calls for dismissal from members of parliament who accuse him of corruption and economic mismanagement as the country faces its worst economic crisis in a generation.