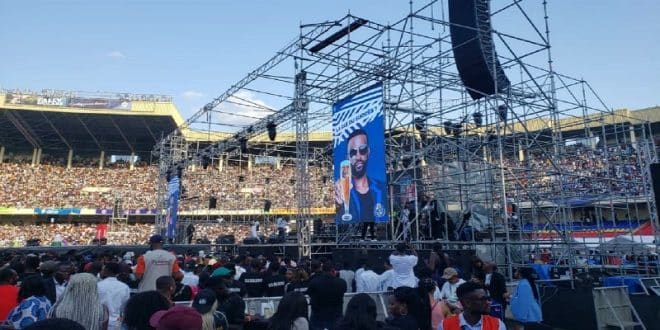 While responsibilities are being determined after the death last Sunday of a dozen people at the concert of Fally Ipupa at the Martyrs stadium in Kinshasa, organizers and police are blaming each other.

Nine civilians were killed by suffocation, to which authorities added the death of two police officers.

An officer was found inside the stadium following his suicide. After feeling unwell, a senior deputy commissioner died at his home the day after the concert he had been assigned to secure.

This is the macabre toll recorded during the giant concert of Fally Ipupa, Sunday in a sadly named venue: the Martyrs Stadium.

Before the investigators release the conclusions of their first reports, everyone seems to be clearing their names.

The head of the Kinshasa Police Force mentioned more than 120,000 music lovers in a stadium with a capacity of 80,000 seats. An overflow that would be at the origin of the tragedy.

On the other hand, the organizers of the concert accuse not only the police of having mobilized fewer agents than initially planned, but also certain police officers of having contributed to the saturation by letting spectators enter without tickets, in return for a fee under the trellis.